Vanilla has great qualities especially in the international market. This small plant native to Mexico has seduced the world with a delicious aroma and extensive properties that are exploited by the gastronomic, cosmetic and pharmaceutical industries.

ZANILLI makes the difference in the market of vanilla by offering a product of high quality and giving to thefood the authentic flavor of the Mexican vanilla. 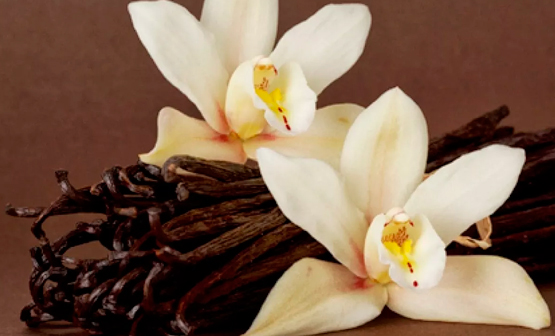 Zanilli which in Nahuatl language means “Legend” represents an established family business foundedin2002 in the city of Gutierrez Zamora, Veracruz, Mexico. This company was born in order to produce Mexican Vanilla Planifolia using the best cultivation techniquesto improve a high quality vanilla, curing, process, and distribute it around the world.

Our mission is to produce and distribute a high quality extract of Mexican vanilla, bringing the authentic and original flavor around the world.

Our vision is to be the most prestigious company in Mexico in production and distribution of the Mexican vanilla extract.

At Zanilli, our values are the most important, since they guide our daily work: Quality, Integrity, Innovation, Service, Social Responsibility and Human Commitment.

 The Origin of Vanilla

The ancient Totonac indigenous settledin the coastal regions of the Gulf of Mexico in the currenttowns of Veracruz and Papantla. They produced the vanilla and provided it to the Aztec Empire. Their production and export capability continued until the mid-nineteen century when French growers who were in Mexico learned how to artificially inseminate the flowers based on the knowledge of the Totonac people. 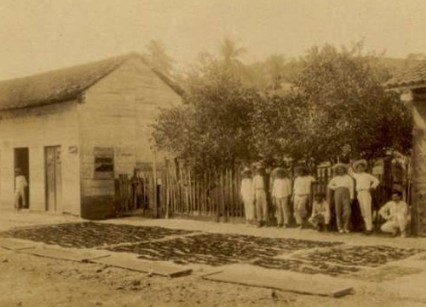 The Legend of Vanilla

At the summit of one of the highest mountains near to Papantla there was the temple of Tonacayohua the goddess of the sowing, corn and food, whose dress and rites were in charge of twelve young women who since childhoodhad made vow of chastity for life and were devoted to her. In the days of the King Teniztli, the third of the Totonac dynasty, one of his wives gave birth to a girl who was named Tzacopontziza that means “morning star” because of her beauty. To keep such beauty away from the eyes of men her life was devoted to Tonacayohua service.

But a young prince called Zkatan-oxga (young deer) fall in love with her even when he knew such a sacrilege was punished by the slaughter. One day, morning star left the temple because she had to pick up some turtledoves that she had captured to offer them to the goddess, the prince kidnapped her running away to the most abrupt of the mountain.

But they had not walked a long way when a frightening monster appeared and wrapping them both in waves of fire so they found themselves forced to go back quickly. When they reach the road, the priests were waiting for them but shortly before Zkatan could say a word, he was beheaded by one blow and the princess had the same ending. Their bodies were still carried warm to the shrine where their hearts were extracting and placed in the votive of the altar of the goddess and they were thrown to a ravine.

In the place of such sacrifice the herb start growing, it seems like the straggly blood of the victims had a maleficent influence. Some moths later a shrub start growing prodigiously and in a few days it was grown a little bit and covered itself with thick foliage. When the shrub reached its full growth, a climbing orchidwas born a side and its emerald guides grown so much quick, strength and delicacy, that they resembled the arms of a woman.

The burning tropical sun appeared over the shrub and the orchid spread just as a bride lies in the arms of her lover. One morning, tiny flowers sprangwith an indescribable aroma covered the place. Attracted by such a prodigy, priests and people in the town did not hesitate that the blood of the prince and the princess had turned into the shrub and the orchid. People were astonished when the tiny flowers turned into long and slim pods, which gave out a delicate but penetrating perfume when mature, as if the innocence soul of Morning Starfilled the place with an exquisite fragrance.

The orchid was worshiped and declared sacred plant, offering as a divine gift to the Totonac Gods.It was how vanilla was born from the blood of a princess. The Totonacs called it “xanath”, hidden flower in the Aztecs “tlilxóchitl”, black flower.

The history of vanilla

Vanilla is an important part of the Mexican History, its aroma and flavor have been carried around the world since the millennial Totonacapanlands in the state of Veracruz, Mexico.

Knowledge about vanilla is a legacy inherited from Totonacs who inhabited in the Mexican region of Papantla and surroundings more than thousand years ago.

At the beginning of the reign of the Aztec King Itzcóatl(1427-1440), vanilla was called tlixochitl “black flower”, and the Totonacs called it xanath. The Aztecs used it to prepare a drink called Xocolatl that was made of vanilla and cacao.

Hernan Cortes arrived to Tenochtitlan in 1519 and he was welcomed by the emperor Moctezuma Xocoyotzin.

During the first feast, Bernal Diaz, a soldier who was under Cortes service, noticed that the emperor was drinking a beverage exclusive for him and for the Court people. When the servant Tlahuilli was asked about it, he said it was the God’s beverage and it was made of Tlilxóchitland Cacaotl. Moctezuma figured out the interest in the beverage and he ordered to share it with the Spanish people who wanted to know which exotic fruits they had used to prepare it. They were astonished of knowing that those little black pods had given such a delicious flavor to the beverage.

In 1520 in Spain there were comments about a new specie but they did not even know where it came from.

In 1532 the priest Bernardino De Sahagún started making researches onthe therapeutic properties of vanilla and he discovered it was good for digestion.

In 1610 the famous vanilla became known in England as the English pirate Drake captured a Spanish galleon discovered a package to the King of Spain that contained some scented pods inside which was delivered to the Queen Elizabeth. She sent them to her doctor Hugh Morgan to be studied. Morgan called them LOBUS AROMATICUS. At that time their origin, nature, or properties were not known to everyone.

The King Philip II of Spain sent his family doctor Francisco Hernandez on a study trip to these lands to clarify certain mysteries of vanilla. In 1651 the Doctor Hernandez´s work was published in Rome in which vanilla pods were called ARACO AROMATICUS.

Mexico was the only vanilla producer for almost three centuries. In the 18th Century vanilla was carried to production in greenhouses in Europe and in tropical lands of European colonies. In 1730 the plant´s growing and blossom were successful but it was unable to fructify in those latitudes, so people thought that it would never bear fruit in areas that were not the region of the Totonacapan in Mexico and only cultivated it by the Totonacs indigenous.

In 1841 Edmund Albius, a slave of the French Island Burbon present-day the Reunion, perfected the hand-pollination technique. Since then all countries with possessions in tropical areas were start planting vanilla. The Dutch in Java in 1841, the French in Madagascar in 1842, Tahiti in 1848, and Comoros Island in 1873; the English in 1890 in the Mauritius and SeychellesIslands, and the American in Puerto Rico in 1900.

After lost global monopoly on vanilla, Mexico started to decline its production and become the first place on world production even though there was a time in which the economy of the region was based on vanilla.

The Quality of Vanilla 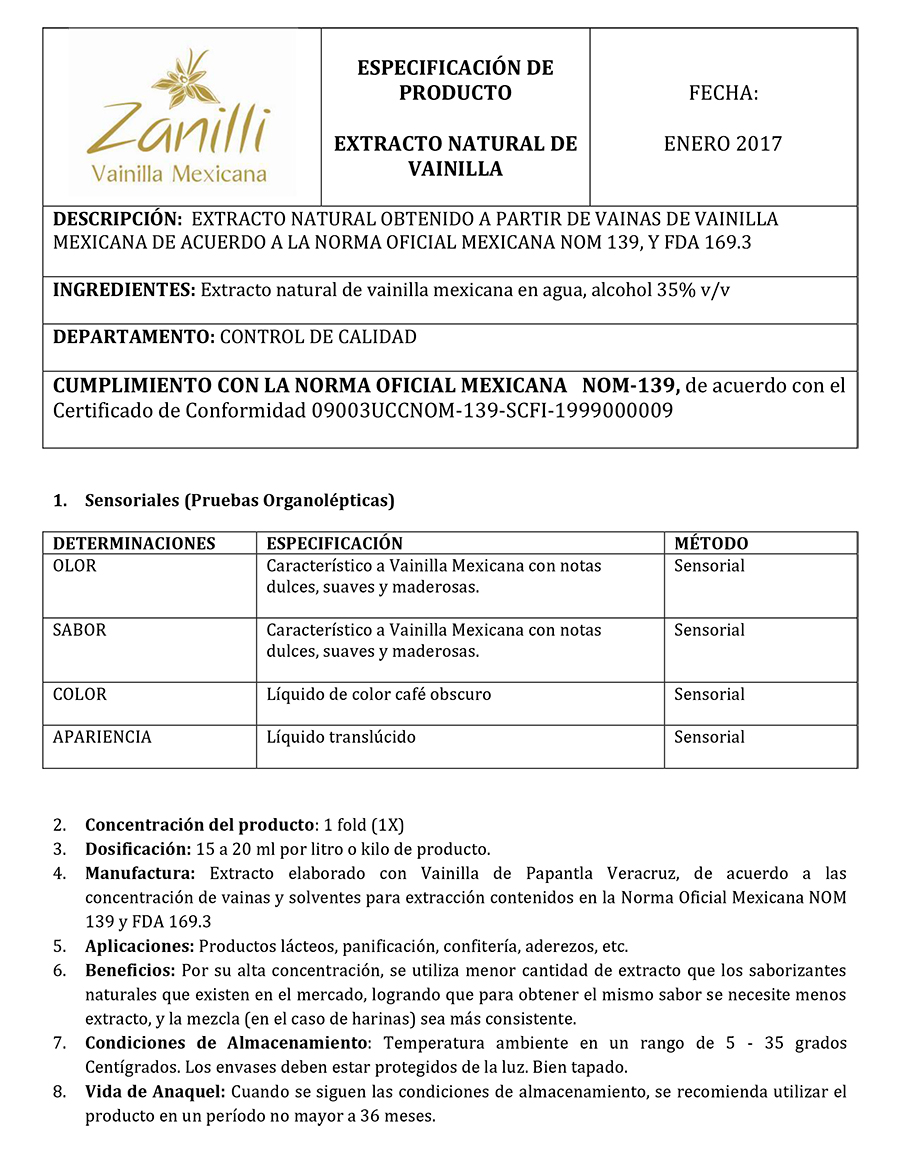 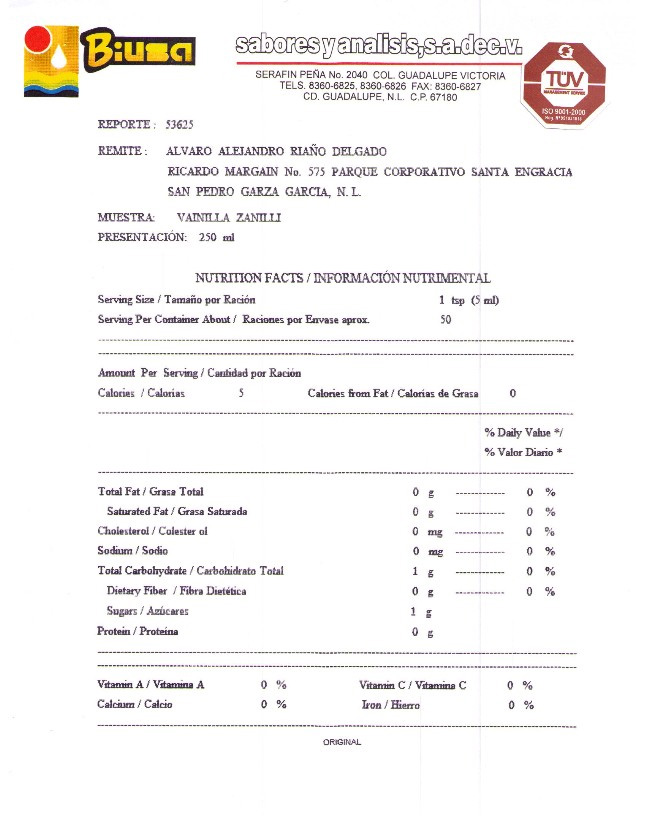 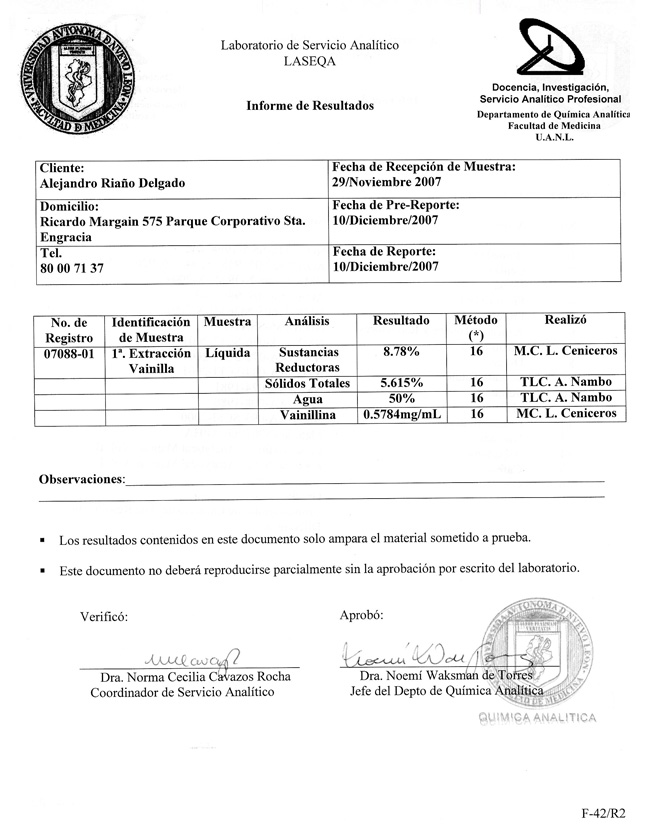 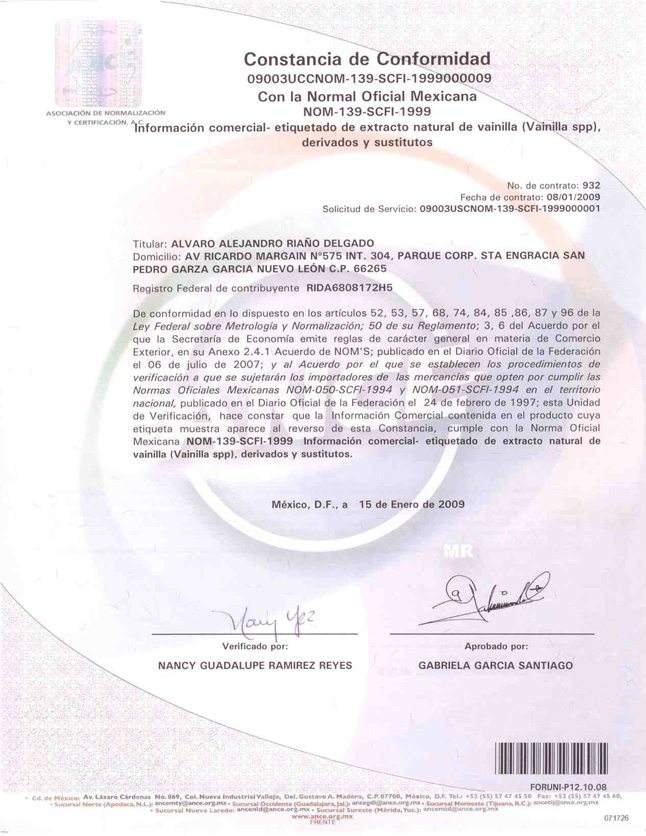 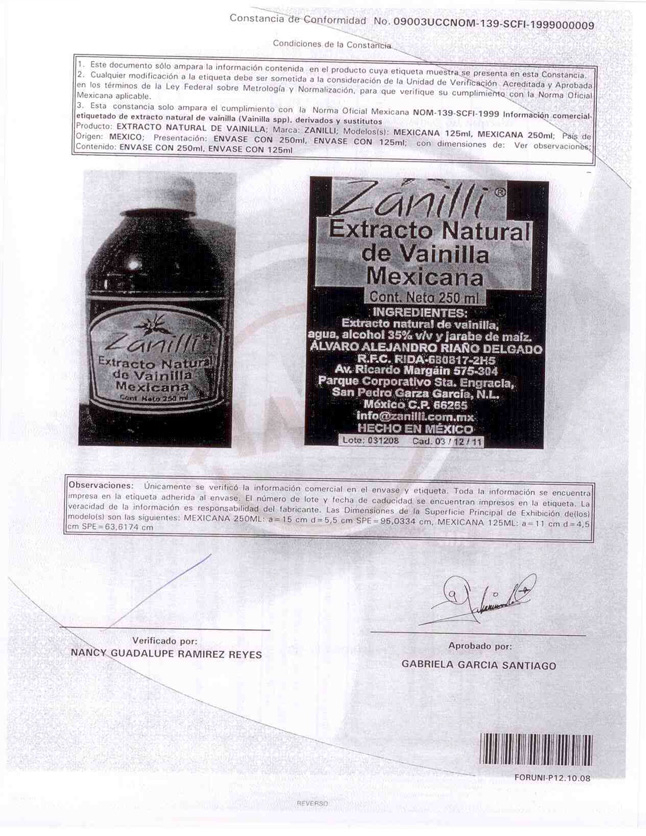 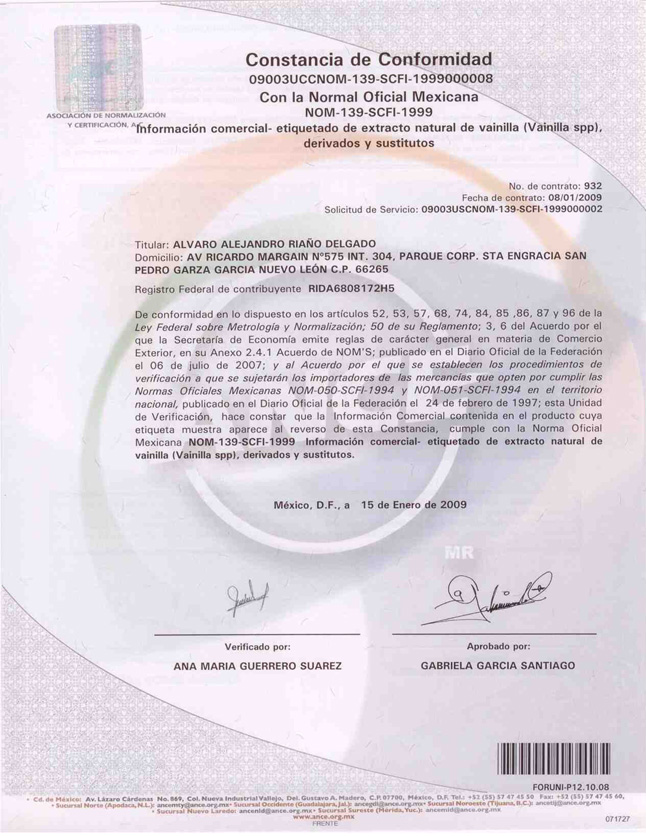 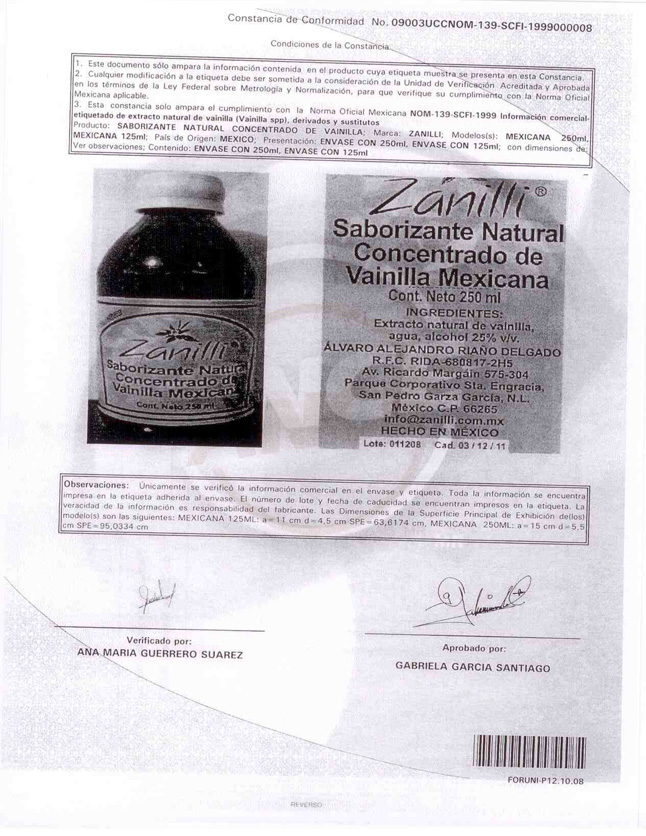 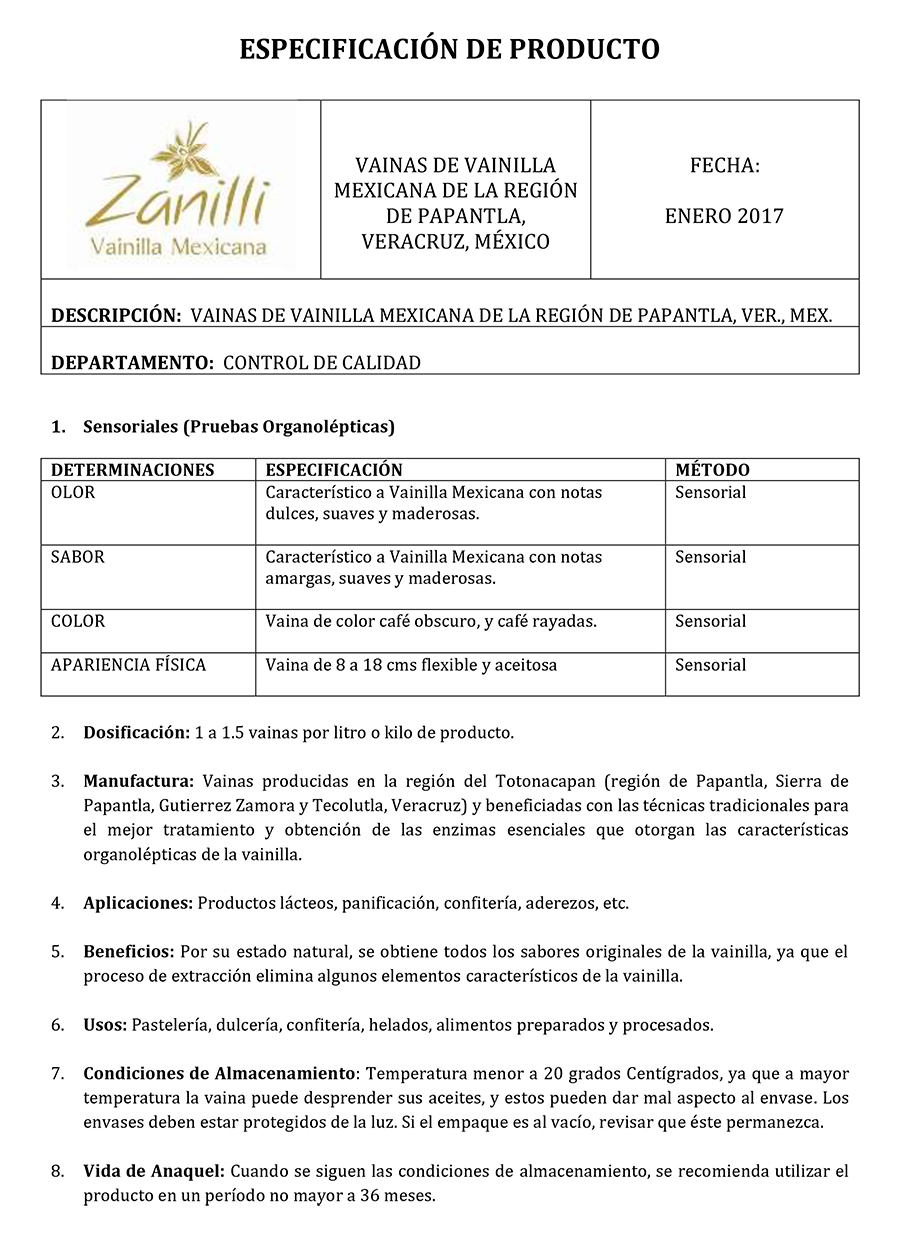